CALL US FIND US

New for 2019 is the 2019 Ford Edge ST, the first performance CUV from the team over at Ford Performance. The new 2019 Ford Edge will be available with all-wheel drive and is smart enough to detect various driving conditions and automatically shift between two-wheel drive and all-wheel-drive. The feature provides all-wheel-drive traction when it is needed and helps reduce fuel consumption when it is not.

The system is called all-wheel-drive disconnect, a first for Ford technology that uses a form of artificial intelligence that can calculate quicker than the human brain. Based on information received from dozens of high-tech sensors, the new Edge can determine in a fraction of a second whether the all-wheel drive is needed. The technology uses an all-new dedicated electronic brain that receives inputs from dozens of sensors throughout the vehicle. It interacts with the traction control system wheel slip, receiving data from the anti-lock brakes to learn if that system is active. It even detects if the windshield wipers are on and if the Ford Edge is towing a trailer and the outside temperature.

Power Control- On The Fly

Power control on the fly is an algorithm that uses “fuzzy logic.” “Fuzzy logic” processes all the data to determine if all-wheel or front-wheel drive is optimal. Continually monitoring, the system can detect in 10 milliseconds the need to engage or disengage the all-wheel drive. It can quickly distribute up to 100 percent of the available power from the front to the rear wheels, depending on driving conditions detected by the system. There are similar systems out there, but none quite like power control on the fly, the fact is you’re able to switch seamlessly and without any input from the driver.

Fuel saving tech features on the new 2019 Ford Edge include:

To improve Ford Edge aerodynamics the 2019 Ford Edge models are equipped with active grille shutters, full underbody shields and air curtains that create a high-pressure region of air around the outer surface of the wheels and tires for reduced drag. 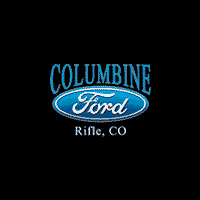